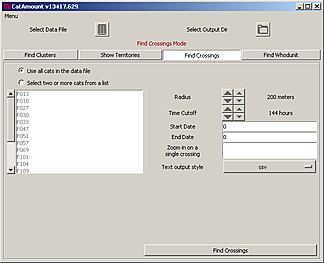 Crossings are another relationship, found in the data, that is of interest to researchers. Crossings are a time when two cats were near to each other in space and time. The meeting could be friendly, or it could be antagonistic.

It can be useful to think of a crossing as a cluster that involved more than one animal. It might not make sense to look for crossings on herd animals!

As with everything else, the settings that control the definition of a cluster are easily changeable via the GUI shown in the image. In fact, it is mandatory for the scientific researcher to change the time and distance cutoff to match the species being studied.

The program produces clean text output that can be imported into other applications.

The program creates image feedback to give the user a visual sense of what was found. 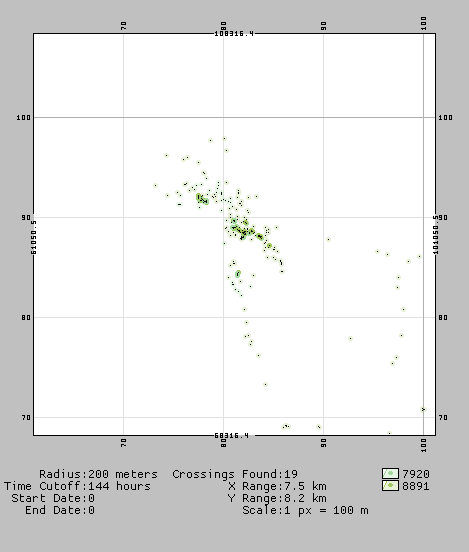 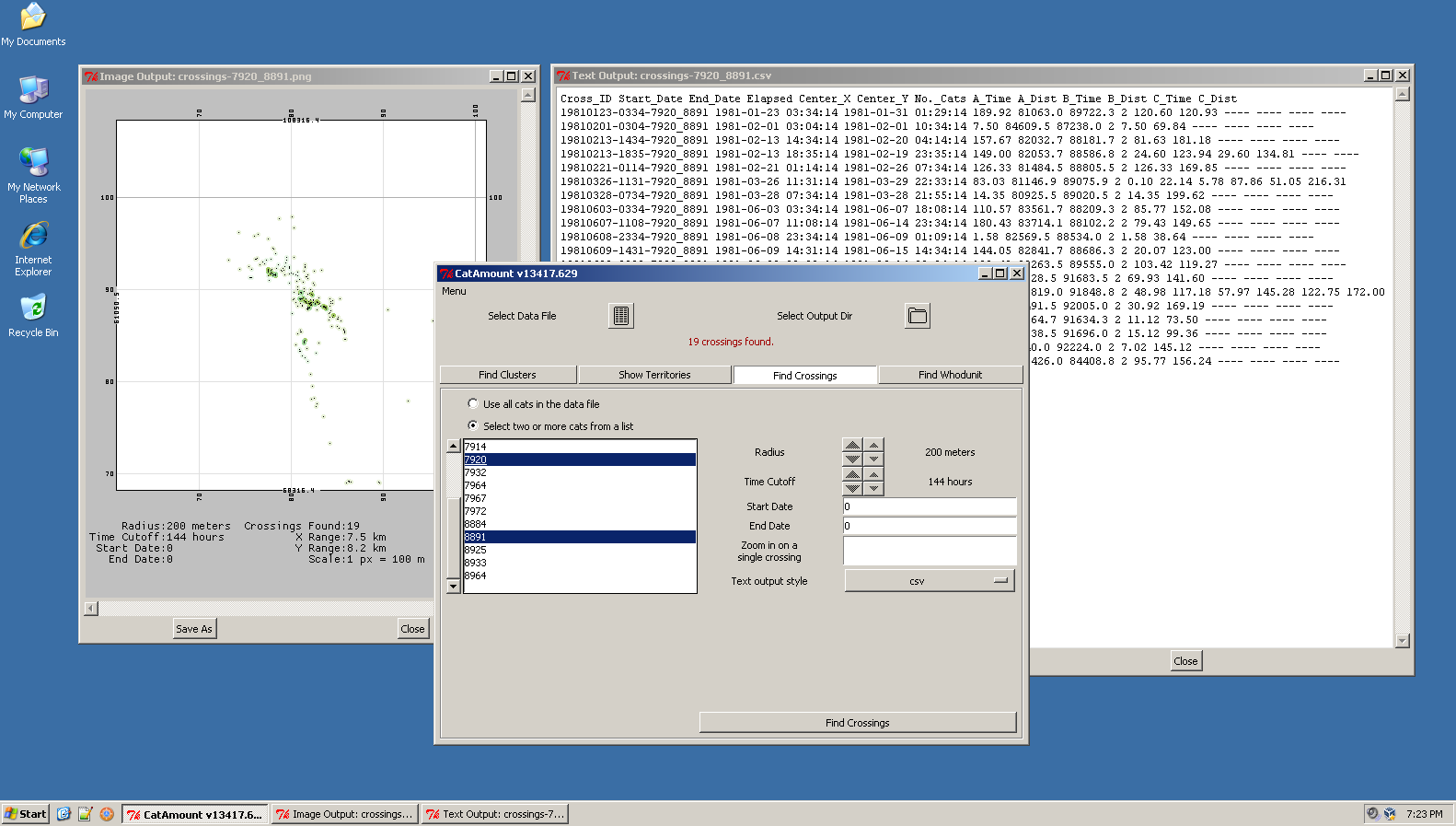 Screenshot of Find Crossings in action.
Click to enlarge