When I found out that the "window function" was a separate entity from the waveforms, my big question was, "Does the window function have an effect on *all* of the waves?" I know it alters WAVE 110 as demonstrated on the previous page, but what about all the other waves?

The answer turns out to be YES, the window function affects all waves equally. And I set out to document the effect it has.

I ran every basic waveform through every window and documented the results. There are eight waveforms and eight windows, for a total of sixty-four possibilities (82 = 64). The 64 possibilities are shown visually in the table below. 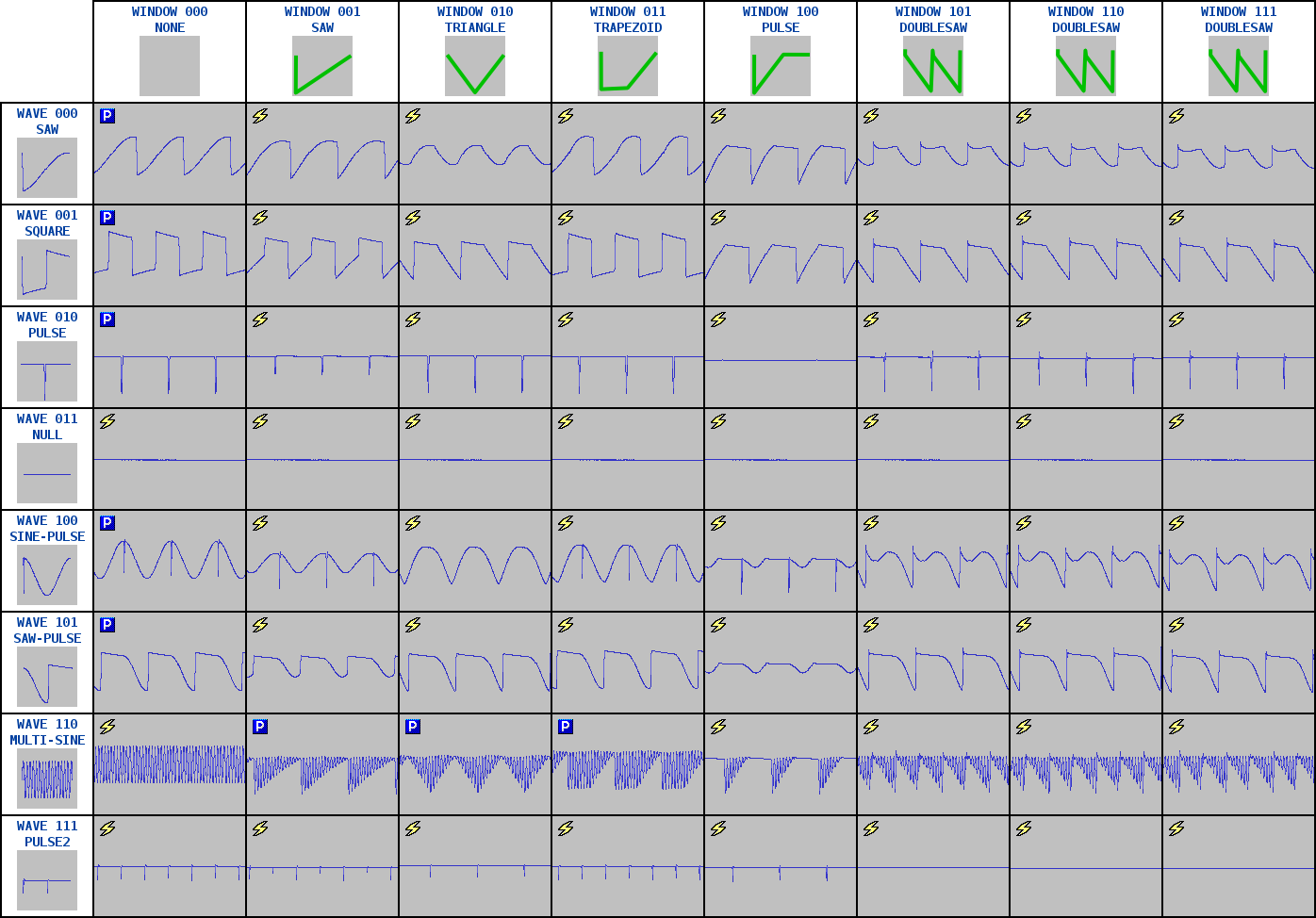 Key for this table

The following audio files correspond to the visual information in the table above. Each file represents one row of the table. I took each basic wave type and passed it through all eight of the window functions. The window functions go in order, so the first one you'll hear is WINDOW 000, the second is WINDOW 001, and so on.

The window function affects all of the types of waves equally. It is possible to use sysex to combine window functions with waves in ways that were not intended. Some of the waves produced are usable and interesting.