Dirty Drawers was a project to simultaneously save and destroy a piece of furniture. When we moved into our new place in 2008, there was a big, heavy, broken-down old desk that had been left behind. It was also dirty and resting on concrete blocks. 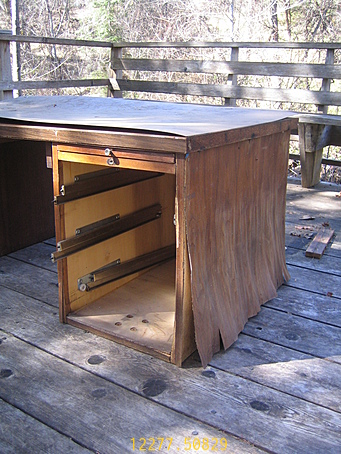 I see through your veneer

I wish I had a photo of the desk as I found it, propped up on concrete blocks. The only photos I have are of the desk shell after it sat outside in the rain and deteriorated further. But you get an idea for what kind of desk it was. 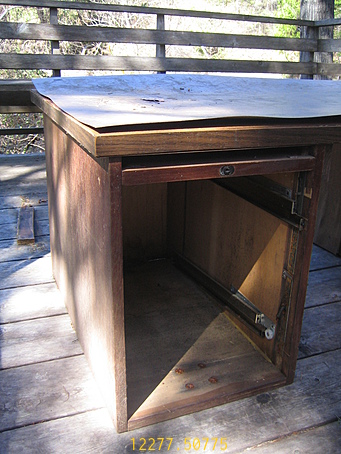 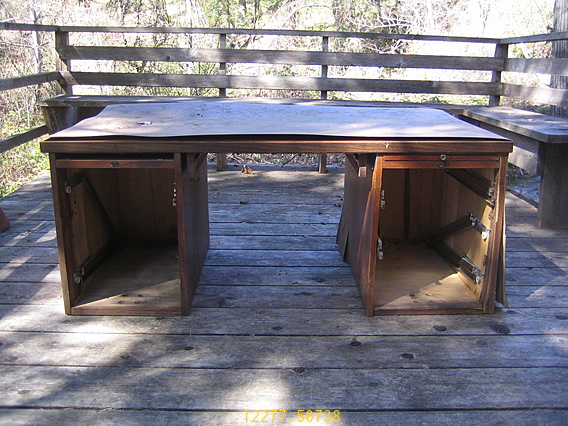 The old desk shell after living outside for a while

The plan was straightforward. I just wanted to take 3/4" plywood and make a durable new shell that allowed the drawers and drawer hardware to be reused. I wanted it to look somewhat presentable, so I planned for it to have a face frame. 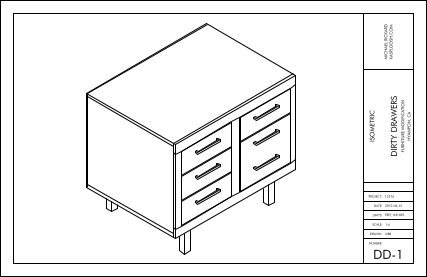 One piece of good luck was finding the original legs. When I found the desk, it was propped on concrete blocks as if the legs were missing. I can't remember where I found the legs, but they were steel and sturdy, and were a logical choice for the new project.

The concept was straightforward, but I still had to plan how all the pieces were going to work together. I have documented the plan in this PDF set at right.

I duplicated the drawer cavities, and also found a way to incorporate the old steel locking mechanism from the desk. 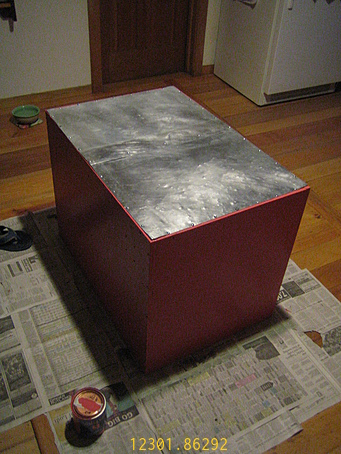 I wanted the new piece to be sturdy, and it didn't have to be particularly fine furniture. That's why it's made out of 3/4" plywood and 3/4" pine.

One unusual feature of this project was the aluminum back panel. Drawer furniture often have a thin plywood back panel that is stapled on. We lived remotely and the nearest store that would have something like lauan was probably hours away, plus I am not buying lauan anyway.

I looked around at what I had that could work. I had salvaged a bunch of aluminum flashing from an abandoned home site. It was bent but sturdy, and I decided to use it for the back panel.

I cut two lengths of flashing and joined them by their long edge with a folded seam.

I folded in all the edges of the aluminum, so there were no sharp edges. The finished panel was slightly smaller than the cabinet. I attached it with screws all the way around the perimeter.

The folded seam between the two aluminum panels landed on the center support of the cabinet, which meant I could fasten through the seam into the support and unify the panel even more.

The aluminum was surprisingly rigid after it was folded and screwed to the plywood. It has a strange hammered look, which is a result of how it was formed, by folding and hammering the folds.

Well, it's pink with a hammered aluminum back panel, so that makes it something you can never give away. But it's strong, and does a good job of providing a new home for the drawers. The drawers work well and get used quite a bit. I like that it stands off the floor.

Also, the shell of the desk is long gone, so that mission was accomplished. 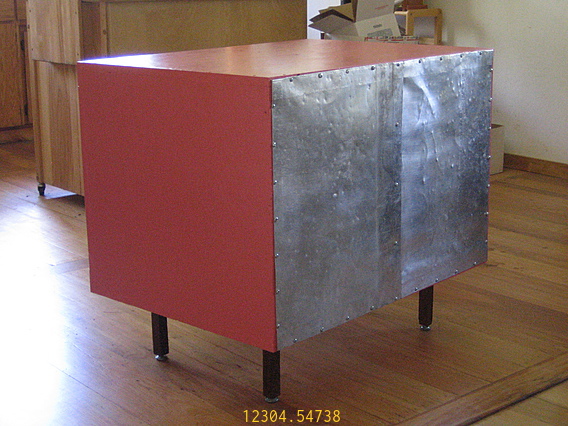 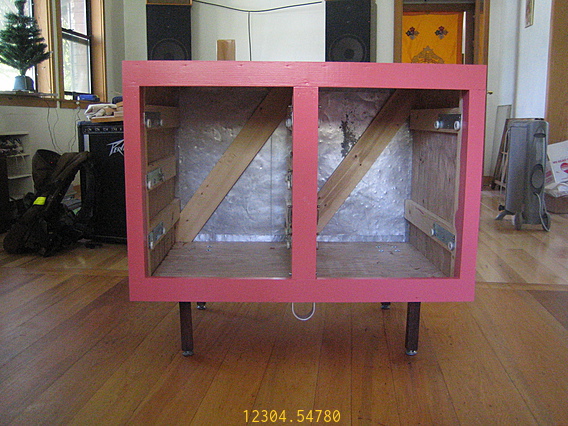 Everything but the drawers 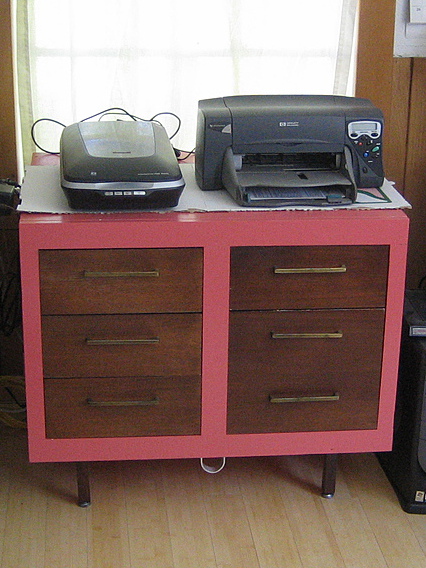 Dirty Drawers plays a supporting role in the office