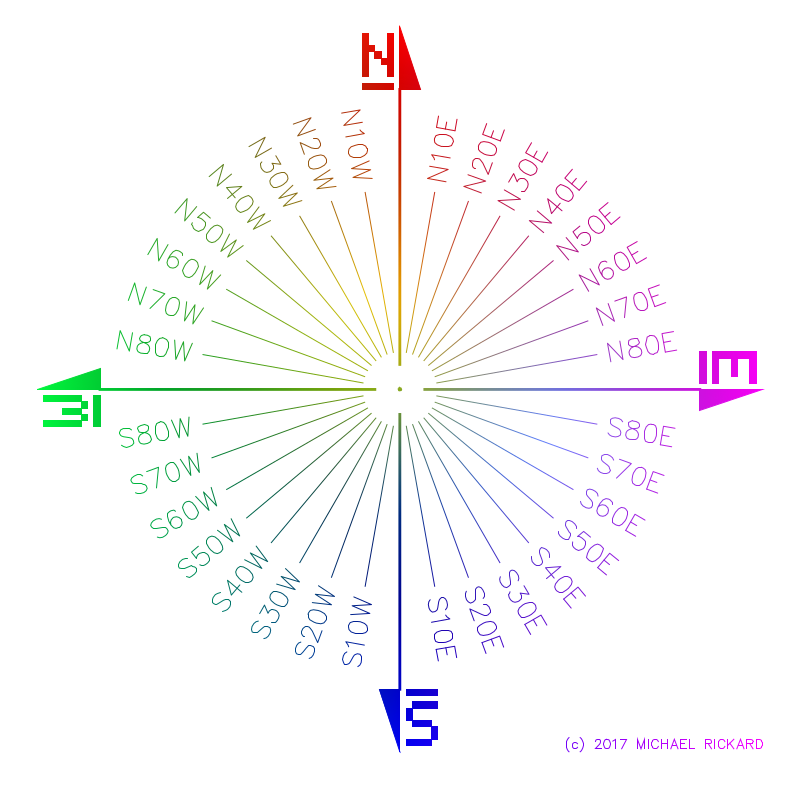 Surveys, like a survey of a plot of land, often use distance and bearings to describe lines across some terrain. The easiest way to think of this system is that it’s like saying, “Walk 50 paces due north.” In this example, 50 paces is a distance, and due north is a bearing.

A bearing is often a text abbrevation like N30°E. You will see bearings like this on landscape plans, parcel maps, survey drawings, and so on.

But what does N30°E mean? It seemingly means, “Point north, then move 30 degrees towards the east.”

If you’re like me, you might like to have a handy illustration like the one at left for making sense of bearings. This illustration shows an array of bearings in a more familiar compass arrangement.

A long time ago, I downloaded a GIF from the internet which was a lot like this image. Today, I decided to make my own version, which you see here. Good luck with your project!