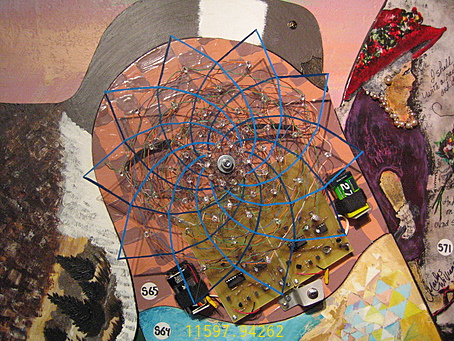 The piece I made was a complicated looking electrical gizmo. It behaved as a “light organ”, turning sounds into a flashing color display. It’s easier to understand in real time, when you can see the lights flashing according to sounds. The lights were arranged in a geometric flower pattern that twisted out from the center. 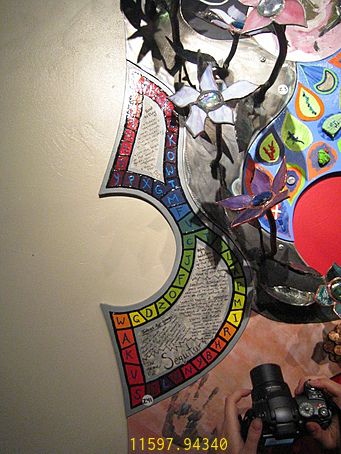 Em also made a puzzle piece for this show. She used her weirdly-shaped piece as the basis for a fun board game she made up, called “Sequitir”. She did a great job painting the rainbow board squares. She was not as happy with how the instruction lettering turned out. 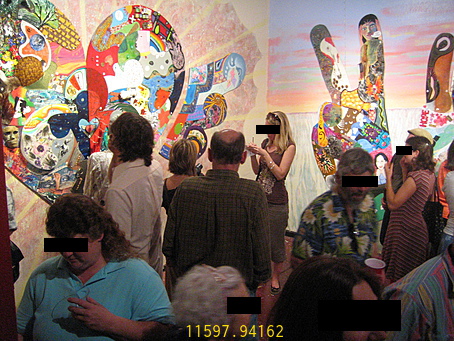 There was plenty of noise at the Puzzle Show reception! This event was popular and fun, because of the large amount of participation. 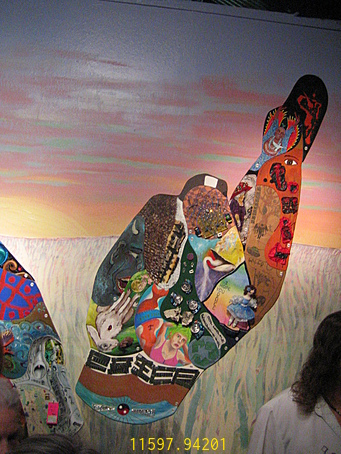 There was an American Sign Language theme to some of the completed puzzles. My piece turned out to be the tip of the thumb in the letter “R”. 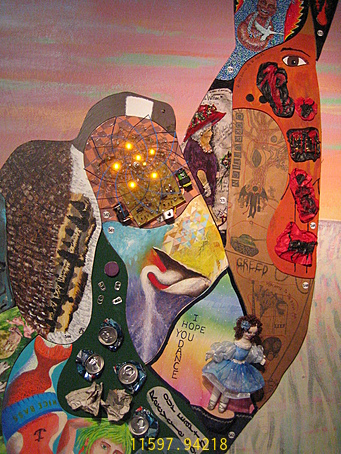 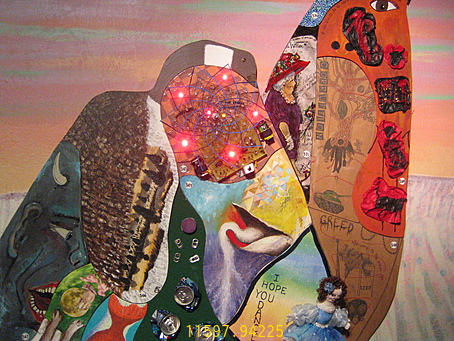 The real problem was the batteries. I had bought rechargeable batteries for the project, in order to not get the new owners off on a good foot. But these can and did run down after several hours of constant use.

In fact, at the reception one channel went out before the other one. And you couldn’t really swap out the battery because it was a busy reception. I think the piece worked diligently, but the reception outlasted it.

Once this piece is on its own (not part of a larger piece), it would make sense to use an AC adapter and let it run all night long!

This project used a commercial kit as the basis. It used two “Exploding Star Color Organ Kit” by Chaney Electronics. But it wasn’t just a kit build. I disregarded the PCB mounting points for the LEDs. Instead I mounted the LEDs into my own geometric star shape that spread out across the puzzle piece, and then did point-to-point wiring to connect the LEDs back to the PCB. Then there was mounting the star, PCB, batteries, and switch to the board. 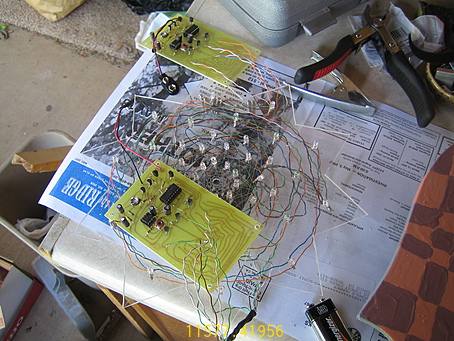 I will say that it’s one thing to have an idea, and another thing to make it happen. I burned a lot of midnight oil getting this done, while wondering why I didn’t just do a painting. And because of time constraints, I couldn’t spend much time verifying that the wiring was correct. I was incredibly relieved when I finally turned it on and saw that it worked.

I have a video of that moment when I finally turned on the electronics. I can always watch that to remind myself not to take on another project like this one. :c)