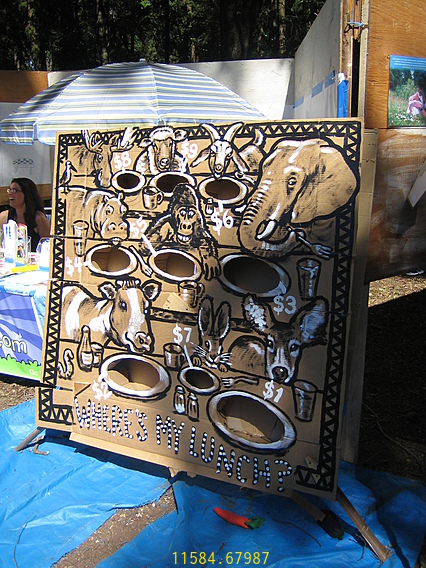 This is the follow-up to last year’s game, and the second in a series of games that Emily and I made. This one was made for the VegChico booth at the 2007 Endangered Species Fair (2007-05-05).

In this game, the goal is to serve lunch to a bunch of hungry animals who are waiting patiently. You get points every time you serve lunch to a customer. Then, I think, everybody gets a sticker or something.

In addition to the game play, one of the goals is to remind people, young and old, that some of the biggest and strongest animals in the world eat nothing but vegetables. Gorillas, elephants, hippos... You can build a big, strong body with vegetables. 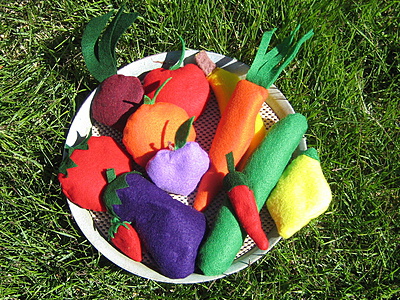 This year Emily made killer bean bags. They were shaped like vegetables, with correct colors and sizes. They were made with colorful felt and filled with beans. There was a great variety, they were fun to hold and throw, and they really took the game up a notch. 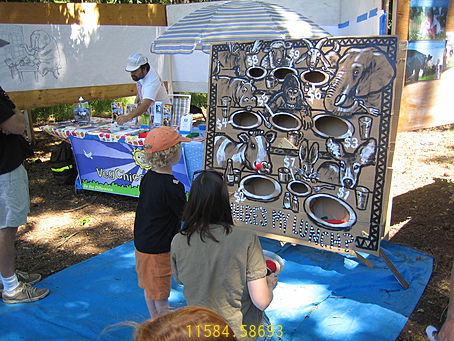 Once again, this was made from scrap cardboard, which was fortified. One thing I learned from last year is the game needs to be quite strong to survive kids winging bean bags at it all day. This time around it has wooden legs and wooden strengtheners. 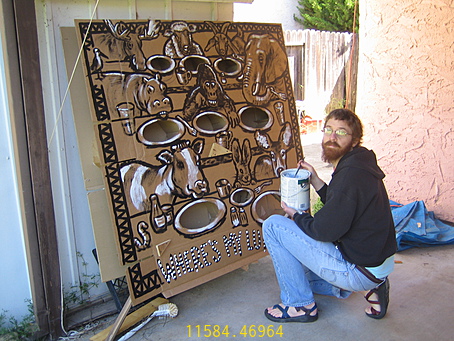 Again this year, the method was to make a tri-tone composition using the cardboard color as a medium tone, and then applying black for outlines and modeling, and white for highlights and modeling.

Here is me adding some more white at the last minute! 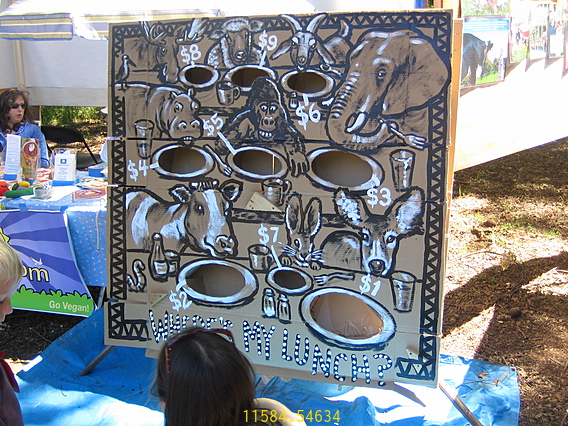